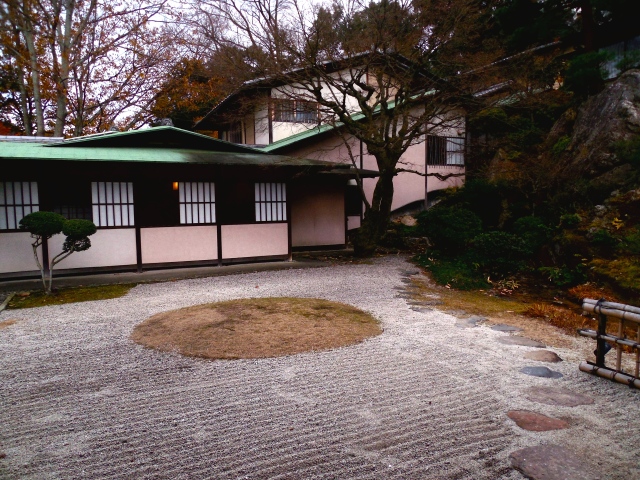 One of the best choices for this trip was to stay for a couple days at the Westin Miyako Hotel in Kyoto in one of their traditional Japanese rooms. Now not everyone wold want to take this step, but I’ve slept on Japanese futons before and know what to expect from a Japanese bathroom.

Staying at the Westin was so convenient. They have a shuttle two blocks from where the airport shuttle stops. I did have to ask the Kyoto Station information desk exactly where the Westin shuttle came, but they spoke very good English and knew that it was close to their office. Since I like to walk, I found the hotel location great as I could walk to several temples, shrines and museums from the hotel. 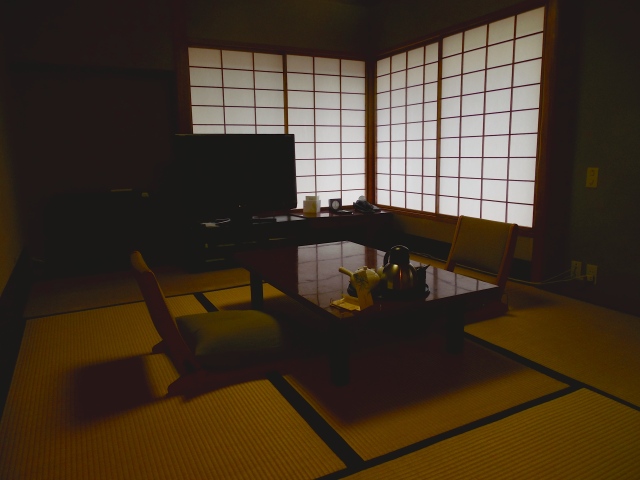 My room had a genkan , or entry way where people remove their shoes. Past the genkan was a small room with the closet and mini bar, a main room which had a low table and chairs and an alcove (tokonoma ) with an ink painting and simple floral arrangement which was changed daily. The floor had tatami mats which smell wonderful and are the reason for “no shoes.” There was a little desk, modern TV, and wifi.

All the windows had the soji paper that diffuses light and the door between the main room and the room with storage space had a traditional sliding door.

The bathroom was typical for Japan. In one part is the toilet which was heated and had bidet functions. It was chilly in the room in the morning and night as Most Japanese buildings don’t have insulation. The heater was in the main room so it didn’t do much for the bathroom. Then there was the area with the sink, which seemed like it was two feet high. That I could see changing. On the right was the bathroom, which had a wooden tub so small I couldn’t sit “Indian style” let alone stretch out my feet. The main part of the bathroom is for showering. You’ve got a little stool you can sit on, a faucet and shower head. The main rule is NO SOAP in the tub! In Japan you clean yourself outside the tub and by clean yourself, I mean, so that every particle of dirt is off you. A good rule of thumb is that a non-Japanese person should scrub twice as long as they normally would. Then you get in the tub just to soak, to get some serenity.

At night the maids come and set up your futons and pillows. I found the futon comparable to a mattress, not the new fangled Western beads that have toppers and are extra comfy, a mattress that’s a bit old school. It was just fine.

The wing with the traditional room, is by the bird-watching trail and fox shrine so in the morning I woke up to the sounds of birds singing each morning. Also, it’s got a zen garden out front and the trail is a nice short hike.

On Sunday I had their high tea. Great food, great tea. Even if you don’t stay at the hotel, but are at a temple in the afternoon, stop by for great pastries, a scone or quiche, and little sandwiches.

The concierges and staff were so efficient.  I got good help with figuring out why my emails to a Japanese friend I had dinner plans with kept bouncing and with figuring out what to do on a rainy day. I’d never have discovered the Chishakuin Temple, which has remarkable paintings in one of its halls.

When I return to Kyoto, I’d definitely stay at the Westin again and I’d book a traditional room for two nights and a regular room for a third night to take a Western style bath.

Tip: I booked with Agoda.com, which was cheaper than Starwood, the Westin’s network.

Taking steps to live a healthy and enriched life