It’s Theater Week in Chicago, which means discounts for theater events. I took advantage of the discounts and went on a tour of the Chicago Theater. I’d never been inside before and wasn’t prepared for it to be so palatial. Designed by the Rapp brothers and opened in 1921, the French Baroque theater awes.

Our guide was informative and upbeat making for a fun experience. He clearly loves this landmark. We learned all about the building, which was run by the Balaban & Katz group (who started in show biz by showing films for a nickel in the back of their parents’ grocery store). The Balaban & Katz group spent $4 million on construction. When it opened, a nickel got you the right to stay all day — from 10 am to 10 pm and to watch the show consisting of two films, a concert and vaudeville, over and over again. Originally, there was no food available in the theater and restrooms were hidden, not for patrons’ use. If you left the theater, you’d have to buy another ticket to get back in. Evening tickets cost 25¢. This theater was pioneered the use of air conditioning, which the owners falsely claimed brought purified mountain air into the theater, which would benefit patrons’ health. 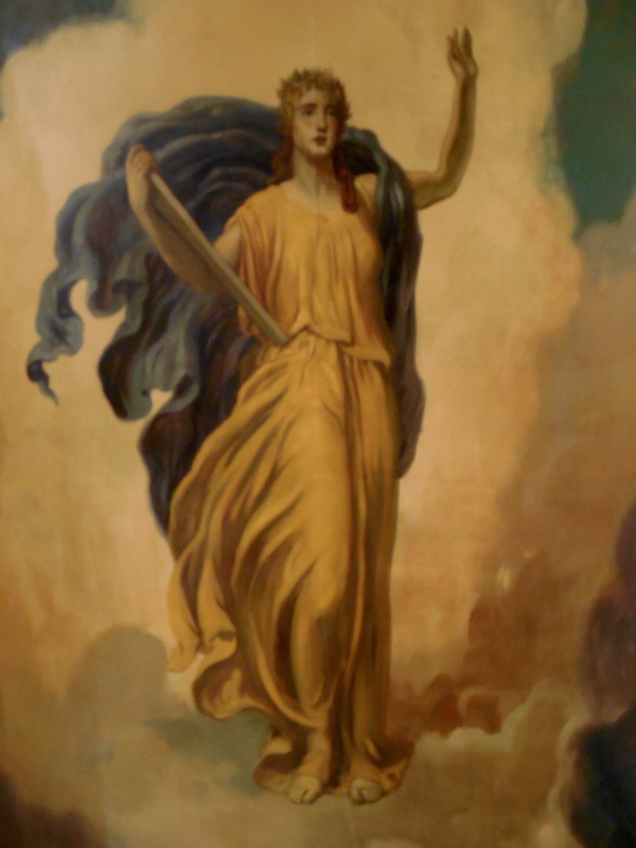 In the 50s, theater attendance slid and the new owners decide to modernize the theater. Essentially, they got rid of all the elegance and panache. That didn’t get the desired increase in ticket sales. The owners let the theater to go pot and by the 1970s there were rats scurrying through the lower seats. The theater was sold and scheduled to be demolished and replaced by another office building. People protested and the mayor canceled the building permits. Thankfully, rather than getting demolished, a committee formed and with the city had it restored to its original glory. The Chicago Theater reopened in 1986 with a Frank Sinatra concert.

I won’t share each fact I learned during the hour tour, but I will share some of the celebrity scuttlebutt. Different celebrities request different amenities when they perform and some won’t go on if their requests (demands?) weren’t met. For example, Jerry Seinfeld requires a bowl of green M&M’s and has years before you could order specialized M & M’s. The reason for the bowl of green M & M’s was that, Jerry could arrive, see the green M & M’s and know that the theater had read the contract and did everything he stipulated.

Katy Perry insists upon 10 white couches, Beyouncé specifies black carpeting back stage and Mariah Carey asked for a kitten to play with. (After her concert, the Humane Society got the kitten back and sold it as “Mariah’s kitten.”) 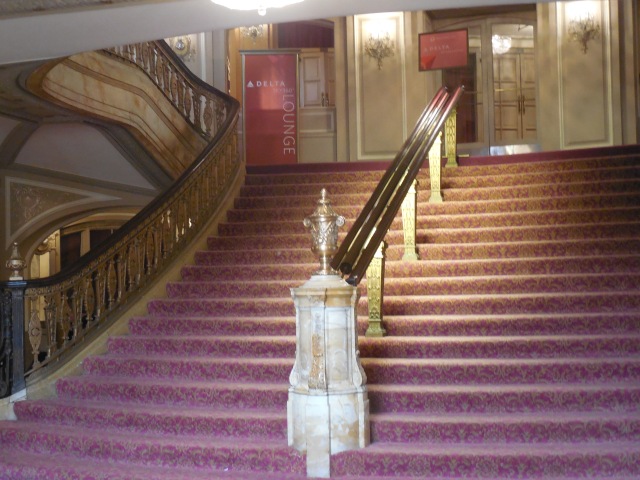 Since John Mellencamp’s crew was setting up we couldn’t go on the stage or take photos of it, but we did get to see them setting up.

All in all, the Chicago Theater tour is well worth taking, especially on days when the weather’s bad and an architecture tour isn’t appealing.